Close
Ask a Question
Contents
1. Arduino: With its Many Flairs
2. Arduino UNO Mini Clone
3. The Brain behind the clone: ESC Labs
4. Design and Manufacturing Breakdown
5. How to get them Hands on?
6. Take Away

What do we do when there is a limited edition of a product? We’ll have the fear of missing out, Crave to have it before anyone. Even worse if you are an electronics enthusiast and limited edition product was Arduino UNO Mini. It’s not easily available in every country and it’s hard to import because of the high delivery and customs charges, which can be very heavy on a makers pocket. Anyway few of them end up buying for novelty with no choice, but few take a different route!

In this article we will share the experience of the Rajesh from ESCLabs who thought differently and took things in their own hands to get the limited edition Arduino UNO Mini by manufacturing it from scratch.

However, first here are some basics about Arduino and why Arduino Mini Uno exist.

Arduino: With its Many Flairs

If we consider Arduino boards as super heroes, Arduino boards would be Tony Stark of the electronic world. It can interact with LEDs, buttons, motors, speakers, internet, cameras, GSP, your smart phone and what not. This combined with the fact that Arduino software is freely accessible and have a huge community following, it hits all the right spots.

Arduino UNO Mini is a special edition for collectors, Arduino lovers and microcontroller enthusiasts to celebrate 16 years of the Arduino UNO board. Arduino UNO Min measures in at 34.20mm x 26.70mm, sleeker and elegant alternative version to the bestseller Arduino UNO. A distinctive design is what makes this board different from the classic version: black finish, with contrasting golden elements, and new packaging, making it an ideal gift for true Arduino fans.

The Brain behind the clone: ESC Labs

Design Pros – Rajesh from ESCLabs designed the Arduino UNO mini clone using free EDA software EasyEDA and according to him it just took just took five hours to design! Unlike using expensive smaller package components like original, he took a different route by choosing less expensive and more readily available components, even though the components have a larger footprint compared to the original. He chose components like CH340G for USB to serial convertor, AMS1117 for voltage regulator to keep the circuit simple and cost effective. Even though the overall circuit is similar to the Arduino Nano, he tried to keep the overall look very similar to the Original UNO mini.

Design Cons – Now to keep the design smaller, compact and similar size to the original, He chose to use components on both the sides of the PCB. Even though it looks like a pretty good idea, might fall short on cost during automated assembly in mass production. Also on similar note, we are clearly aware of him using Atmega328P to replicate the original UNO mini, but in current market it’s highly advised not use these IC because there getting obsolete day by day.

Components on the back of the PCB

These particular PCB for the Arduino Uno Mini clone was sponsored and manufactured by JLCPCB (One of the Online Fabrication Service). From Rajesh we knew that it took two weeks for manufacturing and landing at ESCLabs. This might be faster if done within local market but the price might be expensive up to $30-$50, whereas Rajesh got the PCBs just for free (Excluding Shipping/Customs). Further the assembly and testing the complete board took three more days.

How to get them Hands on?

Since the project is not open source, the next question quizzing you is, are these clone versions of Arduino UNO mini available for sale? Well, yes they are!

ESCLabs sell these Arduino UNO mini clones on their official website, one can directly purchase them from there at a cost of around ₹1,000(~$13) only [Purchase – Link]. If we compare their selling price to getting Arduino UNO mini imported along with paying customs, it could easy costs ₹3,000-₹4,000($40-$50).

Arduino is one such product that gets most of them started with electronics and they are the major drivers of passion and curiosity in the electronic world due to their simplicity and community.

Effort like this from ESCLabs are making Arduino compatible more accessible and affordable for the DIY learners. We hope many of us draw inspiration from Rajesh to make such similar affordable device which gives back the learning to the community. 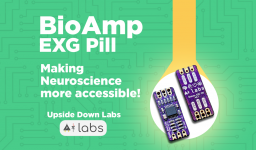