PCB Testing is as important as the exam for doctors, even if it’s COVID you can’t skip it. When we say test, it might remind us of some rough days but ignorance in PCB testing now can surely bring more rough days ahead.

Prevention is better than cure. Nobody wants a Printed Circuit Board (PCB) that falls short on performance in real-life working or suffers from sudden death or has a shorter lifespan due to defeats that were ignored during manufacturing. There are multiple PCB testing technique can be used to get the long lasting and perfect working device.

To make it simple for you, we are breaking it down into pieces by classifying the various tests into three main heads.

Within each type, there are various subtypes which are part of manufacturers’ arsenal. We will understand them one by one.

These tests are mainly conducted during the manufacturing stage of the PCB and often this is not something the designer would bother. Usually this type of testing is done by the manufacturers even before they start receiving orders from clients. From the results they obtain, manufacturers set the standards and the limitation of there production.

Various types of mechanical testing are:

Visual inspections are used both at level and industrial level. This is one of the safest test to perform on a PCB without damaging it or applying any stress on the components or the physical structure.

In manual inspection, a magnifier or sometimes the technician’s bare eyes are used to manually find solder defects and other visible defects such as component orientation, missing components and board stains. This is the simplest and most basic inspection method. This is what mostly followed when the prototype is done in very low quantity. It’s cheap and easy to set-up – no test fixture or lengthy set-up required. Most major solder defects can be identified by it. However, this can be subjected to human errors as it depends on the technician’s skill. Also, one of the major disadvantages is, it can only inspect visible solder joints, thus hidden joints and underside joints which can often happen in SMD (Surface Mount Device) cannot be evaluated.

Therefore, it is ideal for simple designs with fewer components and lower quantities. This would be the ideal case if you are just getting started with PCB design and manufacturing.

Among the three visual tests (Manual, AOI, AXI), Automated X-Ray Inspection is the most accurate and has the highest defect detection rate. However, it requires proper set up which is ridiculously expensive, might required multiple certification from different organization as it deals with X-Ray and majorly needs skilled technicians to operate it.

Visual inspections seems very promising but they alone are not enough for commercial PCB testing and are clubbed with various electrical testing methods to get most reliable results.

While mechanical testing is ideal during the manufacturing stage and visual inspection is mostly passive testing which identifies flaws only at tangible levels, electrical testing is the active testing method that tests the PCB in a prototype working environment to identify functional flaws and passes.

In-circuit testing systems are found typically on every PCB manufacturing line in industries and its fault coverage range between 90% to 95%.
It captures manufacturing defects so that rework at functional test is reduced. Common defects that are detected by it are: Tombstonning, Solder shots, Missing, lifted pin and Poor soldering.

This type of test can get very expensive depending on the number of components on the board and the complexity of the board. In this stage the board powers up and actuates the individual circuitry to get accurate results. It is also known as a bed-of-nails test.

This test involves using fixed probes laid out in a way that matches the design of the PCB which the designer have to place testing point for jigs. Because of which every PCB needs a custom test jig contains boards, fixtures, various testing circuit and hooked up to a external monitor or a simple indication system which will display the result as pass or fail. The bed of nails tester simply pushes the board down on the bed of probes to start the test and put certain amount of pressure on the connection to make sure it stays intact. When the probe come in contact with the testing pads on the PCB, the ICT testing circuits makes a connections with the PCB circuit to test various characters of the PCB (data transmission, voltage drop, current consumption, etc).

It is used for mature product with thousands on production mostly because of the time for making the jig and high set-up cost involved.

The FPT process uses needles attached to a probe on an x-y grid obtained from basic CAD. It is a non-powered type of test that directly checks diodes, transistors, passive parts, performs voltage measurements and also it can access non-tented vias which weren’t accessible by ICT method.

One of the advantages of FPT over ICT methods is that it’s less expensive (for designers) as there is no need for a sophisticated fixture. But it does come with a higher cost for the manufacturer as the this system can cost 10X more than the ICT testing. But this can be programmed to run test on different PCB without having to invest in a new test jig.

During burn-in testing, boards are subjected to conditions (such as power supplied, voltage, current and temperature) exceeding the rated operating conditions and over a longer period of time to detect early failures and test load capacity, thereby eliminating premature failures in the field. Unlike other methods, the burn-in testing method triggers failure to prevent catastrophe in a later functioning stage.

It helps the manufacturer identify the cause of defect and thus rectify the original design to accommodate necessary changes. This testing method powers the board and checks the functional ability of the device under test as intended. It stimulates operating environment conditions for the board. One can check a few devices on board or put the whole board to test, this mainly depends on the complexity of your board design.

Due to its flexibility and minimal cost involved, it is widely used by DIY PCB designers, solo or small-batch manufacturers. However, unlike burn-in testing, functional testing cannot check the cause of early defect of component failure or shorter lifespan of PCB.

PCB testing methods range over a spectrum and are widely classified, thus giving its designers a choice pool to pick from. Every method has their pros and cons as discussed. Depending on the scale of manufacturer, level of testing needs, cost involved and use of the PCB, one can choose accordingly.

As a beginner too, one can thoroughly put their PCB boards to testing such as visual inspection and functional testing. Therefore, avoiding the whole hit or miss conjecture about their PCB. 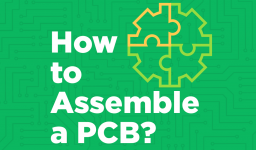 Bringing It All Together (PCBA - Printed Circuit board Assembly) 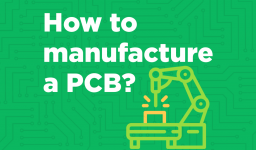 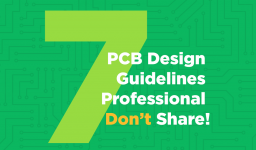